Model Overview
The original Prius set the hybrid standard for the rest of the American car market. It proved that a practical mid-size hybrid vehicle could work and be family-friendly while achieving 50 mpg efficiency ratings.

The full hybrid drivetrain of the Prius means it can run on engine alone, battery alone or a combination of the two depending on the demands of the driver and the terrain. The drivetrain comprises a 1.8L 4-cylinder engine and a NiMh battery pack and motor. The engine charges the battery and the battery assists the motor when needed. The brakes capture kinetic energy and use it to recharge the battery as well.

The suspension is a very conventional MacPherson strut/torsion beam setup. The car comes with a 6-speaker stereo, power accessories and automatic climate control -- essentially a very conventional mid-size sedan, but one that achieves 51 mpg in the city and 48 mpg on the highway.

Several Prius variations are available, intended to appeal to a wider group of potential buyers. A larger version of the Prius is called the Prius v. It's a little longer than the standard Prius, with most of that length going for rear-seat room and rear cargo space, essentially making this a "Prius Wagon." The Prius v gets the same powertrain -- a 1.8L 4-cylinder and battery pack -- and fuel economy will be slightly lower with this model. However, it still offers the same value-packed standard feature list and "green" credibility as its older brother.

The diminutive Prius c is the smallest variant, offering an impressive 53/46 mpg return in a super mini package. It is powered by a 1.5L 4-cylinder with an electric motor and battery pack. Finally, there's the Prius Plug-in. It uses a wall charger to maximize the range of its onboard battery and thus achieves very strong fuel economy numbers. The Plug-In utilizes the standard Prius body and a similar powertrain, but is intended to be plug-in charged before use. The stored energy in the battery pack can propel the Prius plug-in for 13 miles without starting the gasoline engine, and it charges in as little as 1.5 hours. Most commuters will be able to get to work on battery power alone, carrying the 1.8L high-efficiency engine for anywhere else they want to go.

Special options include hard-drive-based navigation, a pre-collision safety system, panoramic power moonroof and Entune, which is essentially a suite of mobile applications and data services that connect you with your Prius.

All Prius models come standard with a host of safety features, such as advanced multi-stage airbags, stability and traction control, anti-lock brakes with brake assist, a tire pressure monitor, and more. 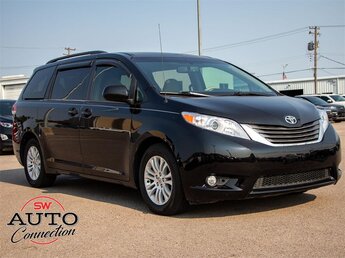 2018 Toyota Tacoma TRD Offroad
Gray
* Pricing - All vehicle pricing shown is assumed to be correct and accurate. Incentives, credit restrictions, qualifying programs, residency, and fees may raise, lower, or otherwise augment monthly payments. Additionally, incentives offered by the manufacturer are subject to change and may fluctuate or differ based on region and other considerations. Unless otherwise noted or specified, pricing shown does not include title, registration, or tax fees and costs.

* MPG - Vehicle information, as well as features and other inclusions, may vary by model and are based exclusively on standard equipment. No claims, warranties, or guarantees have been made related to the accuracy of customer payments, model equipment, or vehicle pricing. Please call with any questions you might have and to reassert the accuracy of any information presented here.
Close
Close
© 2021 Seth Wadley Auto Group | Privacy Policy
Much from Remora
Send Now
Close
Share Search Results