Trims include XL, XLT, Lariat, King Ranch, Platinum and Limited. The basic XL trim is available with three different cab sizes and three different bed lengths in either 2WD or 4WD configurations. Owing to its work-truck pretensions, the XL is relatively light on bells and whistles, with just basic utilities like an AM/FM radio and a 4.2-inch screen in the center stack.

The Platinum version is the urban cousin to the King Ranch trim. Like the King Ranch, it's only available with a crew cab and the V8. It also features a voice-activated navigation system, unique 20-inch polished aluminum wheels, LED side mirror spotlights, power deployable running boards, aluminum interior trim and a leather wrapped and heated steering wheel.

Finally, the Limited trim rides on 22-inch wheels and makes standard a whole range of convenience items that are optional on lesser trims. These include a 360-degree camera with split-view display, remote tailgate release, a twin-panel moonroof and more. 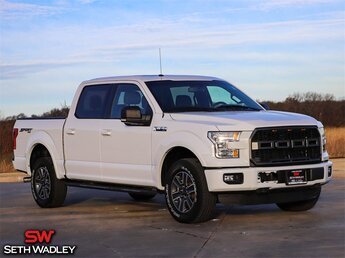 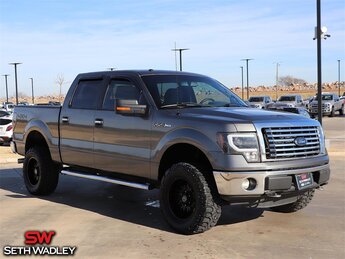 2019 Ford F-150 XLT
Gray
* Pricing - All vehicle pricing shown is assumed to be correct and accurate. Incentives, credit restrictions, qualifying programs, residency, and fees may raise, lower, or otherwise augment monthly payments. Additionally, incentives offered by the manufacturer are subject to change and may fluctuate or differ based on region and other considerations. Unless otherwise noted or specified, pricing shown does not include title, registration, or tax fees and costs.